“Every picture of the hidden that He striketh, path to place hath” 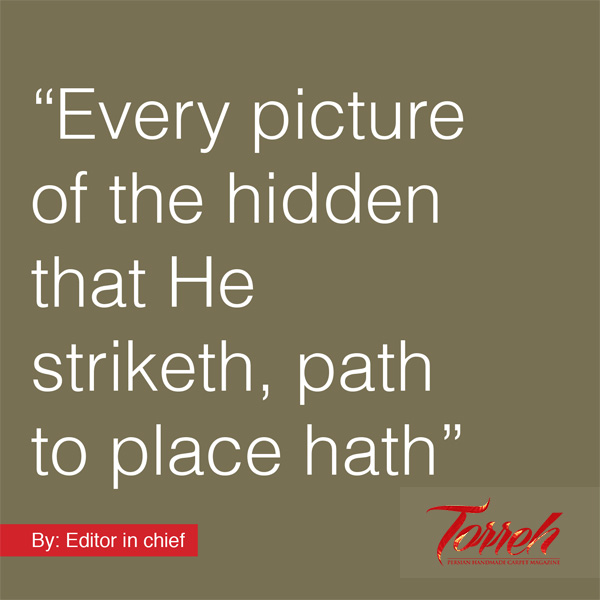 Aldous Huxley says that life resembles Iranian carpet; beautiful but difficult to understand. One may generalize the same meaning for the music which is beautiful but […]

Aldous Huxley says that life resembles Iranian carpet; beautiful but difficult to understand. One may generalize the same meaning for the music which is beautiful but hard to grasp the meaning. Finding a definition for every single music note and each pattern on the carpet has remained as one of the unaccomplished tasks on earth. Carpet and music are two different species but also share some common grounds as they create a mysterious conceptual world. Abstract patterns of the carpet resemble the logic-evading principles of music which are both based on the mathematical symmetry and a sharp logic; however, both are keen on emotions rather than reasoning.
Scholars compare classical music with modern carpets while the folklore music resembles rural and tribal carpets. Although, such similarities are neither supported by science nor practiced in reality, one may compare the local carpet patterns and music styles from the anthropological point of view. Carpet and music in local areas are so much intertwined that local artists used to implement the music to give a sense of rhythm to their weaving the carpet.
This is a good cause for Torreh to devote the margins of this edition to the “music and carpet”.