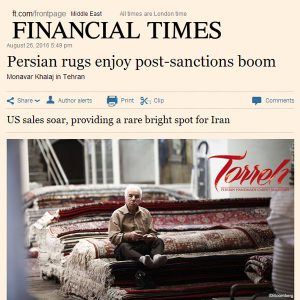 Like many of the thousands of visitors who packed into a Persian carpet exhibition in Tehran, Mohammad could not afford to buy the exquisite rugs — he simply wanted to touch the fine, hand-woven craftsmanship. 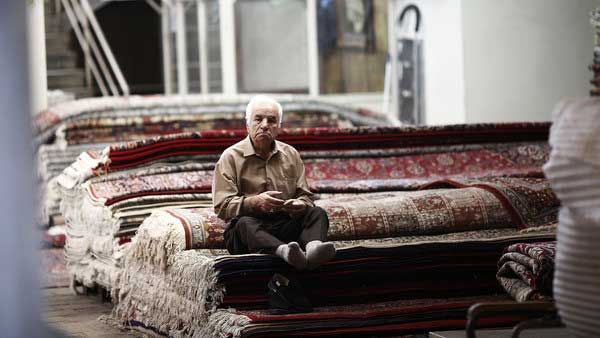 Like many of the thousands of visitors who packed into a Persian carpet exhibition in Tehran, Mohammad could not afford to buy the exquisite rugs — he simply wanted to touch the fine, hand-woven craftsmanship.

And Mohammad knows his carpets: the 56-year-old spent two decades exporting Iran’s most sought after product to America. But he was forced out of business in 2010 after US sanctions on Iran were expanded to include Persian rugs, pistachio nuts and caviar.

“Looking at these intricate and delicately woven carpets make me relaxed,” he says, declining to give his last name. “I can stand here for an hour to look at every piece.”

The US was Iran’s major market for Persian rugs and the sanctions caused total carpet exports to drop by 30 per cent — the embargo meant no American could buy, sell or import Persian rugs, even if they were purchased outside of the Islamic republic.

But now, with many of the west’s sanctions lifted after Tehran reached a historic nuclear deal with western powers last year, the industry is enjoying a boom as sales to America soar.

Persian carpet exports were up 39 per cent in the four months to July 21, with American devotees of the Iranian artistry the main buyers. The surge is providing a rare bright spot for Iran amid mounting frustrations about foreign companies’ wariness to take advantage of the post-sanctions era and provide the economic dividend Iranians expected.

“The most important reason for the rise is the lifting of the US sanctions,” says Hamid Kargar, director of the Iran National Carpet Center, the state body in charge of handmade carpets.

Rug exports to the US were zero in the first four months of the 2015 financial year, but reached $27m in the same period this year, he says.

But at the exhibition, where about 700 stands display a vast array of rugs painstakingly handwoven in different corners of the country by about 1m weavers, Hamidreza Zollanvari says there is still huge room for growth in the US.

He is the chief executive of Zollanvari Handwoven Carpet Company, which has been involved in the rug business for a century and has branches in the US, China, Germany, Switzerland and South Africa. The company has sold $250,000 worth of carpets to the US since January, but that compares to its annual global exports of $8m.

Mr Zollanvari says western banks’ reluctance to do business with Iran is a problem, with traders struggling find ways to transfer money between Iran and the US.

Despite the nuclear deal, the US retains some sanctions against Iran for its alleged sponsorship of regional terrorism. Those restrictions have made bankers wary of doing business with Iran for fear of inadvertently aiding money laundering financing terrorism or financial crime

“We have also had no access to the [US] market for years and don’t know what’s going on in their market and how their fashion and tastes have changed,” says Mr Zollanvari. 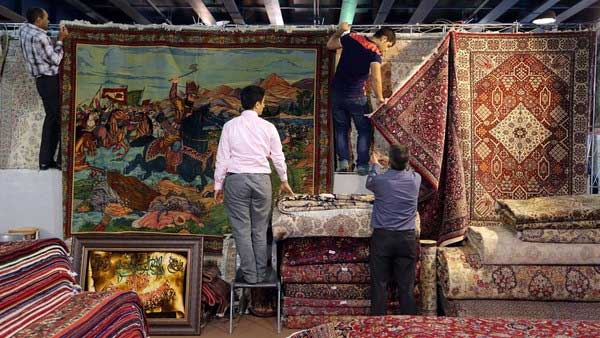 An important test of the Iranian industry’s ability to build on its recent gains will be The Rug Show in New York next month, he adds.

“It could be the first trial for the Persian carpet to test how much of the US market share they can take back,” says Mr Zollanvari.

The trial will come in an increasingly competitive market. Rivals in countries such as Pakistan, India, Afghanistan and China have taken advantage of sanctions on Iran to boost their exports.

Sitting on a stack of 40 handmade carpets worth about 30bn rials ($964,000), Mahmoud-Reza Habibian says exporters in those countries can produce a carpet for $40 a square metre but “I cannot do it with less than $100 per square metre”.

There are other challenges too. Sales to Europe have dipped due to the continent’s economic woes, while the Arab uprising and instability across the Middle East has hit exports to that region. 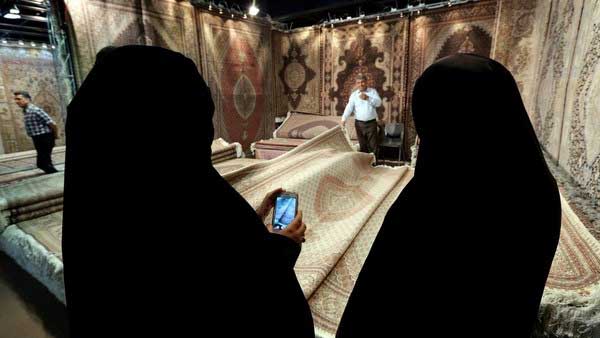 And while a trickle of tourists have started to visit the Islamic republic since Hassan Rouhani, the centrist president, took office in 2013, they cannot use credit cards to buy Persian rugs — among the world’s most expensive carpets — because of the absence of international banks.

But Iranians believe their carpets are still unrivalled.

“As a car lover will prefer a Mercedes-Benz to a Kia Pride and will pay a hell of money for it, a carpet lover will pay for Persian rugs because they are prestigious, have a long history and are genuine and diverse in designs,” says Mr Kargar.

At the exhibition, Mr Habibian shows off a piece of intricate carpet from Nain, near the central city of Isfahan, which took a mother and her two daughters four and half a years to weave.

“Elsewhere it may take one and half years to weave a carpet of this size. But you know why it takes so long here? Because every single tie of this carpet is knotted with love and just love, while its weavers have worked on it with all their hearts,” he says. 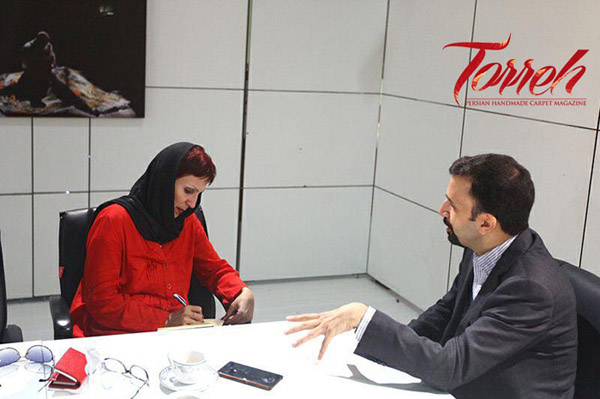