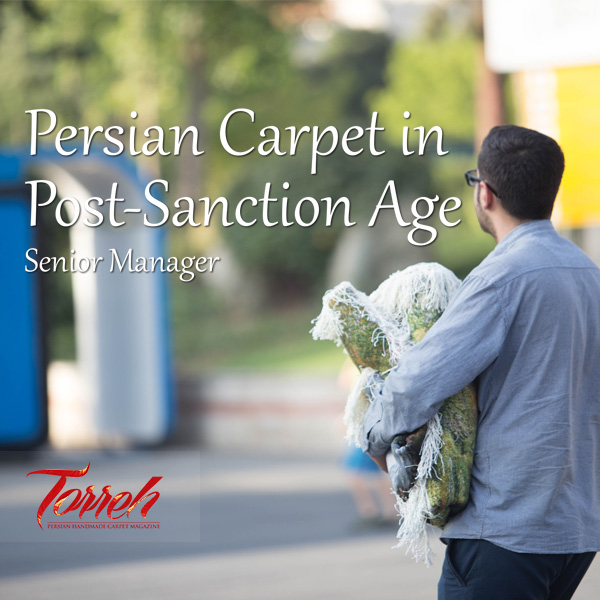 The New Year began differently for its celebrants and Iranians were keenly eyeing Lausanne where our representatives were negotiating with P5+1, a group of six world powers.

The New Year began differently for its celebrants and Iranians were keenly eyeing Lausanne where our representatives were negotiating with P5+1, a group of six world powers.
Compared to other domains, Iran’s economy was more eagerly expecting the compromise and was worrying lest one of the parties break the agreement at the final moments. However eventually, in final hours of Norouz holiday the political struggle led to a happy ending and thus economy as well as business listened to the official declaration cheerfully.
Likewise Persian hand-made carpet was anticipating amelioration in production and export to overseas markets after the statement was announced and a fresh hope brought to the fans of this Art-Industry.
I presume a deep wisdom and a careful consideration is essential beyond this public hope and gaiety.
First and foremost, the promises to lift the sanctions will be fulfilled if “The Joint Comprehensive Plan of Action” ends up peacefully. And even in that case, not all the sanctions imposed on Iran’s government and nation due to the different reasons during the recent years, are not going to be eliminated. It is clearly mentioned in Lausanne statement that the economic sanctions related to the nuclear issue of Iran are subjects to be lifted, however, remember that the sanctions on Persian carpet imports to the USA are sharply separated from the nuclear programmes.
Nevertheless, the elimination of economic sanctions will help the Persian handmade carpet. Iranian carpet merchants indeed, have experienced enormous difficulties over the recent years .Problems with currency exchange and money settlements due to the financial sanctions have considerably irritated the carpet industry. The international insurance companies’ refusal to cover the Iranian consignments on the one hand and the increase in insurance cost by the others on the other hand, have risen up the risk of doing business in this domain for some of the merchants. Furthermore, the increase in the shipping costs has stopped the Iranian exporters competing with their counterparts in other countries.
Ending the sanctions and pressures will result in the ease of business however putting it into practice is complex and requires the necessary knowledge and skills. It should not be assumed that an effortless market is available to us, even if the American sanctions on Persian carpet are lifted. During the years that the doors of American market have been closed to Persian handmade carpets, our competitors have done a lot and they will definitely claim they market share. According to the latest statistics of USA’s handmade carpet importation, India as our chief competitor in the USA, has exported more 80 million dollars carpet after imposing sanctions while the same value was previously done by Iran.
It was precisely July 1, 2010 when the president of the United States signed the malicious sanctions which were approved by the Senate beforehand based on which import of all Persian carpets proclaimed banned from September 29 the same year. During the years after, not only has a strong competitor like India secured a considerable market share but also other things have happened.
For instance, can we pin hope to have control over US market and to know its demand after about 5 years? Can we be delighted that Persian handmade carpet trademark is still shinning in American market and that the buyers are still enthusiastic about it? Should not we consider the probable changes in the tastes and attitudes -in a fast moving world in which change does not happen between the generations but within a certain generation several times? Should not we avoid blind mass production based on former knowledge and of American market status? Should not we keep an eye on the new lifestyle that Americans have had over the past 5 years? Should not we observe the capability of the Indian sold carpets and at the same consider the condition of the Iranian carpets which had been sold before that? Is it not wise to make the American buyers eager again with the help of smart advertisement campaigns before entering to market abruptly?
A large of number of alike questions can be raised however we believe that without a careful reasoning and well thought out plans, even reopening of American market will not make a miracle cure in exporting Persian handmade carpet.