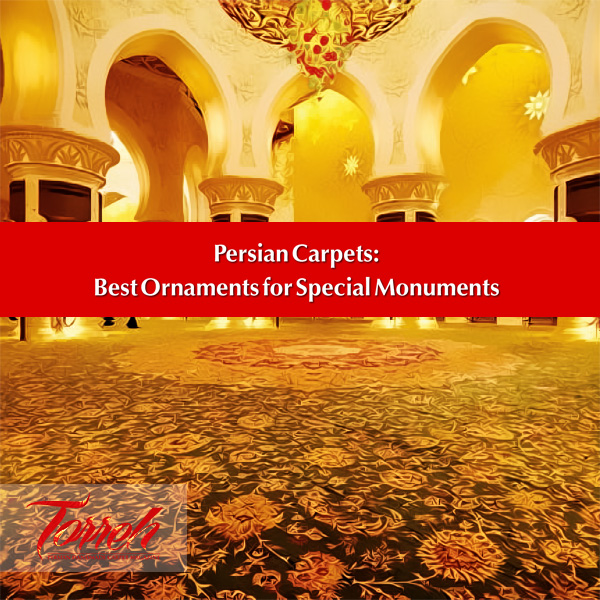 When entering the Grand Mosque of Sultan Qaboos in Muscat, residents of the capital of Oman step on a carpet woven by Persian skilful weavers.

When entering the Grand Mosque of Sultan Qaboos in Muscat, residents of the capital of Oman step on a carpet woven by Persian skilful weavers. This 4500m2 carpet has covered the main hall of the mosque. In 1998, Oman’s interior ministry decided to carpet the mosque with the best existing rugs in the world and finally selected Iran to create such a unique artwork.
Three years later, a beautiful Persian carpet weighing 22 tons covered the mosque’s great hall. The central pattern of this 28-color carpet is an adaptation of the fascinating patterns used in the dome of Sheikh Lotfollah Mosque in Isfahan and the overall design is like a concave dome right beneath the grand mosque’s dome creating a harmonious blend with the interior design of the mosque.
The carpet kept attracting lots of interested tourists until Sheikh Zayed bin Sultan Al Nahyan Mosque in Abu Dhabi embarked on a rivaling project. The municipality of Abu Dhabi was planning to build a grand mosque and, thinking of how to carpet it, selected Persian carpet as the best existing option.
This time again, Persian weavers disclosed their skills by weaving a 6000m2 carpet to cover Sheikh Zayed Mosque and surpass their own record for weaving the biggest carpet in the world.
The rug was deservedly registered in Guinness World Records turning into a remarkable tourist attraction in Abu Dhabi.
Nowadays, Iranian leading popularity in producing great unique carpets is undeniable and a great number of purchasers are after Persian carpets to cover their mosques, palaces, and special places and monuments.
The idea can also be used in other well-known places around the world to link historical, artistic and architectural attractions with the beauty of Persian handmade rugs, and increase the number of tourists to a great extent.
We suggest the owners and directors of such monuments consider the subject more seriously.